This morning, Matt Marchand announced his run for the Mayor of the City of Windsor at Charles Clark Square, located at 215 Chatham St. E.

The campaign slogan, Vision. Plan. Action., demonstrates Marchand’s Vision for Windsor, Plan to bring the community together to make Windsor a better place for everyone, and the commitment to put those plans into Action.

Marchand, a born and raised Windsorite, has successfully led the Windsor-Essex Regional Chamber of Commerce for six years, winning an unprecedented five awards in five years from the Ontario Chamber of Commerce for community leadership and advocacy excellence. This includes awards for their tiered membership program, advocacy on single sports betting, and partnering with the labour community to call for an auto strategy.

As a highly accomplished community leader, Marchand has a proven track record of bringing people together to get things done. In 2014 and 2016, Marchand brought together business, labour, and academia for the Policy & Solutions Form, the latter of which was the basis for Canadian Auto Czar Ray Tanguay’s auto report, Drive to Win.

Marchand, who has 12 years of experience working in the City of Windsor’s Mayor’s Office for Mayor Mike Hurst, has long believed Windsor can be a better community in which to live and work if everyone comes together.

“A new direction is needed for Windsor. We want to bring the community together for new ideas, transparency, accountability, and action. Our next mayor needs to be a mayor for everyone. I believe in Windsor. I love this community and I know Windsor has great potential ready to be unlocked. This is reflected in the work I’ve taken on and will translate into my work as Mayor for the City of Windsor with Vision, Plan, and Action” – Matt Marchand

Windsor’s roads and sewers are crumbling, basements are flooding, and the downtown is in need of help. Despite a decent economy, many citizens are not participating and are left behind. Many neighbourhoods are in decline. According to Statistics Canada, Windsor has the highest rate of poverty in Canada for children under 18 and incomes are falling.

Working together, Marchand recognizes we can skill people up, bring in good quality higher paying jobs, diversify the economy, and make the community more liveable. “I will bring the community together and bring new energy, new ideas and aggressive action for our community,” said Marchand.

“Over the coming weeks, I will be introducing myself across this great city to listen to your concerns, your ideas, your hopes and aspirations. With your help, we will take our Vision into a Plan for Action.” 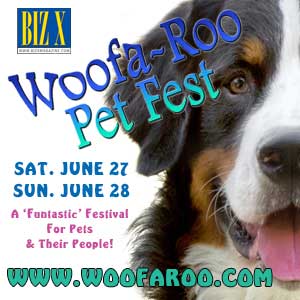 Bring your human too.