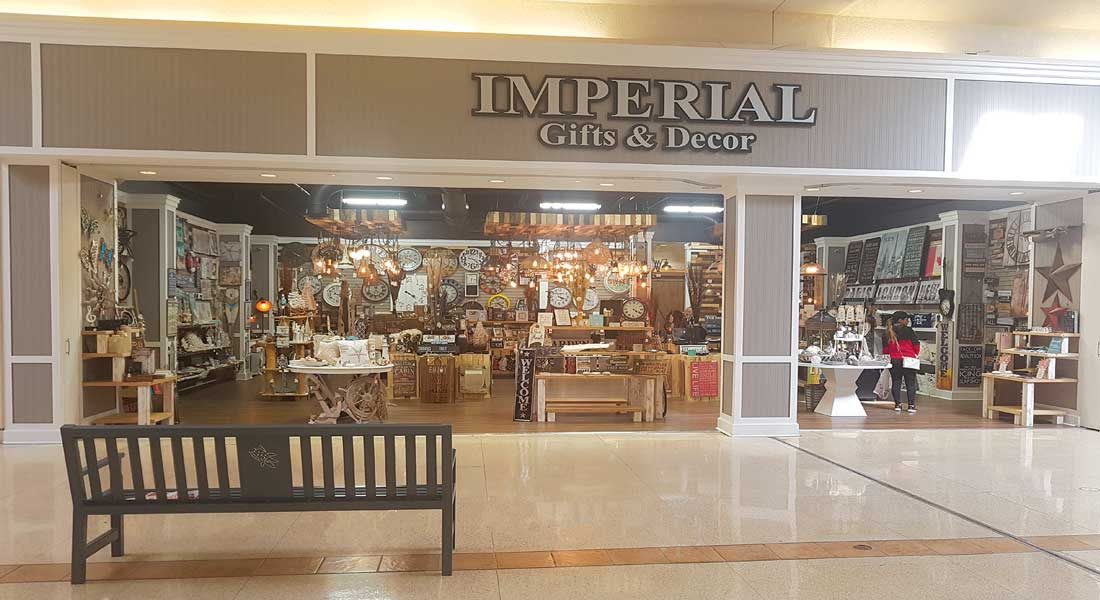 The owners of Imperial Gifts & Décor have moved their business further east along Tecumseh Road from the Pillette/Tecumseh Road area to take advantage of higher customer volumes at Tecumseh Mall. Kim Lucier, who owns the business with husband Joe, says that since the new store opened on April 1, customer volume has increased and that ample mall parking has also made a difference. “It’s early, but business has been good so far,” says Lucier. “We’re close to Shoppers Drug Mart, which is a good location and that seems to be helping as well.” The store is now open longer hours than previously and has three employees in addition to the two owners. The business, which sells glassware, steel pieces, wooden items, artwork, clocks and lighting, was established three years ago.

A long-closed Tim Hortons restaurant at 5820 Wyandotte Street East in Windsor is about to begin new life as a second location for the owners of downtown’s Frenchy’s Poutinerie. Yerv Lakhoian, who owns the downtown restaurant, along with other family members, says he and his partners are still trying to decide on the concept and the menu. “We’re planning more of a full-service, sit-down restaurant than what we have downtown.” Lakhoian says he hopes the new restaurant will be open by summer. “It’s a bit of a coin flip at the moment as to what we’re going to do,” Lakhoian adds. The original Frenchy’s is located at 361 Ouellette Avenue. Brook Handysides of CBRE Canada’s Windsor office informs Biz X the Tim Hortons’ location had been on the market for a few years and now “there’s a lot of buzz in the neighbourhood about the restaurant being re-purposed and re-opened.” Handysides adds that without enough space for a drive-through, the location no longer fitted Tim Hortons’ branding profile.

After 13 years, Billiards Plus is moving from its long-time location at 1222 Lesperance Road in Tecumseh. The store sells pool tables, cues, cue racks, table covers, bar stools, air hockey games, table tennis tables and accessories as well as darts, dartboards and poker tables. The business also helps move pool tables and services them as well. At the time of printing there was no information on the store’s website, about its new location and store owners couldn’t be reached for comment. But, check this column next issue and we hopefully will have an update!

The latest addition to the region’s bed and breakfast options is My Vintage Grape, a houseboat anchored at Colchester Marina, close to many of the area’s restaurants and wineries. The houseboat can accommodate four guests with its two bedrooms and three beds, including a sofa bed. It’s air conditioned and includes one bathroom and a galley kitchen. Washing and drying facilities are available at the marina. The Vintage Grape is available through the Airbnb network from May 1 until October 1 when it closes for the season.

Franco’s Restaurant is about two months away from re-opening its long-time Italian dining room at 1545 Tecumseh Road East in Windsor. Co-owner Josie Donato says the cleanup and remodelling, after a fire in December, has taken longer than anticipated. “We had been hoping to be back in business by now,” says Donato who has owned Franco’s with family members for 24 years. “There was a lot of work to do, but we’re seeing progress and we are hopeful that it won’t take longer than a couple of months.” The restaurant is still serving its Windsor customers from a temporary kitchen at 2055 Sandwich West Parkway, five months after a fire caused $350,000 damage to its kitchen on Tecumseh Road East. It is currently focusing on delivery and takeout until renovations are completed.

A year after closing its previous location on Tecumseh Road East at Banwell Road, the owner of Franco’s East has re-opened at 1950 Lauzon Road in the Eastown Plaza. Owner/Manager Sam El-Zeinad declined to go into details about the closure, saying only that he bought the business after it closed and decided to re-locate. The restaurant, which re-opened in early March, focuses on Italian cuisine such as pizza and pastas, but also offers burgers, wings and sandwiches. El-Zeinad, who came to Windsor in 2009 from Toronto, has been in the restaurant business almost all of his working life. “So far, so good,” says El-Zeinad of business at the new location. “I am confident it will continue to go well.” Beyond the franchised business name, there is no connection between the two Franco’s restaurants in Windsor.